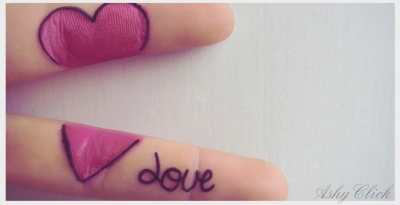 Another pop-music cliche came tragically true this past weekend: “Amy Winehouse, dead at 27.” The same age as Joplin, Hendrix, Morrison and Cobain. Like all of these amazing artists she was gone way too young. Like all of them, she had reams of talent, skill, and most importantly, soul. She was lucky enough in her short time to really and seriously change the way many of us view music. And like many of the names she’s now being compared to, we’ll never get a chance to know how much more she could have done if her talent had been nurtured and fostered rather than ruthlessly exploited.

It’s not hard to remember that before Amy Winehouse blew up in ‘07, the notion of being a young female pop-star entailed a lot less talent and a lot more skin. Winehouse wasn’t Britney or Christina or Beyonce. When you heard her sing, you knew that everything else came second.

Part of it was the music itself. Winehouse was obviously part of that long-standing and endlessly contradictory history of white artists performing Black music. Plenty of these artists have been little more than cultural colonists looking to make a buck off of the inequity. Winehouse, however, couldn’t be lumped in this category so easily. Studio footage of her recording “Love is a Losing Game” shows her being so clearly moved by the music that she is at one point forced to wipe the tears from her eyes.

In other words, she played music because she loved it. Friends tell stories of her walking into random record stores, and after asking little more than “where is the soul section?” burying herself deep into it before emerging with up to ten CDs at a time. She idolized Diana Ross and Aretha Franklin. Throughout her performances she performed unique versions of Marvin Gaye, Toots and the Maytals, the Specials and the Zutons.

Then there was the way she performed it: heart-on-sleeve, often graphically honest depictions of love, sex, despair and, of course, addiction. In contrast to the pin-up songstresses still shamelessly shilled by the industry, Amy Winehouse was no frail nightingale.

"What she is is mouthy, funny, sultry, and quite possibly crazy,” wrote Josh Tyrangiel for Time magazine. Tyrangiel, who ranked “Rehab” as the best song of 2007, also noted that “Amy Winehouse is so confident she's got the goods on ‘Rehab’ that she starts her vocal a half beat before the music comes in.”

Pulling this off--being a white female Brit, performing a traditionally African American music style in an industry dominated by rank sexism--is no mean feat. In 2007, four years after her critically acclaimed debut album, she was still a relative unknown. By the end of the year she was one of the most popular acts in the world, and making room for other British rock and soul singers. Almost all were white, some cheap and obvious knockoffs of Winehouse, but nonetheless, she had widened the gates, if only a little bit.

None of this is to say she was some trailblazer for equality. Far from it; in 2008 the now-defuct News of the World broke a home video (surreptitiously filmed by her then-husband) that featured Winehouse singing a version of “Head, Shoulders, Knees and Toes” with the lyrics “Blacks, Pakis, gooks and nips.” The fact that she was surrounded by drug paraphernalia and wasted out of her mind didn’t excuse it, but to the scandal factories of the tabloids, it merely added more to the “story.”

In general, though, that’s how the media treated her. It’s a tragic truth that the most tortured souls can create the best art, and Winehouse had demons to spare. She sufffered from bipolar disorder, an often difficult illness to treat. Like countless other young women living in a world rife with misogyny, she battled eating disorders. Her drift into drugs and alcohol was quite obviously an attempt to self-medicate. What should have been treated by the media as a serious condition was turned into a sideshow by paparazzi salivating over every lurid detail.

It didn’t take long until the fun poked by journalists and pundits overtook the art. Photos of a bleary-eyed and emaciated Winehouse were more often the subject of mockery than anything else. She began popping up in “worst dressed” lists in style magazines, who also frequently ranked her among the “most hated celebrities.” Naturally, it was only a matter of time until more vile, mean-spirited incarnations of this began to appear.

Even as this all of this took place, though, it seemed that Amy Winehouse maintained a core of fans who were pulling for her. In April 2008, Sky News, who had already aired countless gossipy hit-pieces on Winehouse, were forced to admit that their own viewers had nonetheless voted her one of Britain’s “ultimate heroines,” and among viewers under 25 had topped the list.

It seems that, despite everything, despite the ways in which she was demonized and criminalized, folks still saw something of the underdog--and perhaps something of themselves--in Winehouse. They saw someone with more than her fair share of problems who was still able to find a voice.

That voice by itself, however, was no match for a machine much bigger than her. Some more thoughtful commentators, such as Jeff Zycinski of BBC Radio Scotland, have publicly speculated whether the media obsession with Winehouse actually hindered the likelihood of a recovery--and may have played a role in her destruction. It’s worth remembering this now; Winehouse’s death takes place parallel to News of the World’s closure and the possible collapse of the Murdoch media empire.

For the most part, though, we won’t be hearing this kind of introspection in the wake of her death. The chorus has been one variation or another of “it was her fault.” In a society where addiction is still viewed as a crime more than a sickness, it’s a convenient way to be shut of the whole fiasco. And of course, that line of thought has its consequences by people who could very well be in the same boat as innumerable addicts who are kicked to the curb.

“Amy Winehouse was a fucking drug addict and rightfully died because of it,” was what one angry vlogger had to say on YouTube. Another comment (predictably left at the site of Fox News) read “Here's yet another prime example of reason NOT to do stupid things... This is a sad outcome, but certainly no surprise...” And these are the friendlier ones.

That’s where the real danger comes in. So many who held Amy Winehouse’s music dear--including those who struggle with addiction--will no doubt hear the finger similarly pointed at them. And while it’s true that she had resources most regular addicts will never have, there will also likely be no mention that her passing comes right as the UK’s drug treatment services are being placed on the chopping block. A world where austerity and oppression are the norm needs a way to place the blame back on the shoulders of ordinary folks.

We’re told “she brought it on herself” so that we don’t think of the institutions that utterly failed her. So that we don’t ask questions about better ways to treat mental illness or drug abuse. So that we don’t wonder how it is that this system can be so adept at punishment but so lacking in compassion.

We’re told “she brought it on herself” so that we don’t see something of ourselves in Amy’s story. But there was. And that’s precisely why so many did indeed identify with her music. So should we with her tragedy.

Alexander Billet is a music journalist and activist living in Chicago. He runs the website Rebel Frequencies and is a columnist for SOCIARTS. He has also appeared in Z Magazine, CounterPunch and PopMatters.com. He can be reached at rebelfrequencies@gmail.com.