Lupe Fiasco says he has mixed feelings about his new album: “One thing I try to express about this project is, I love and hate this album... I listen to it and I like some of the songs. But when I think about what it took to actually get the record together and everything I went through on this record--which is something I can’t separate--I hate this album.

It’s an understandable reaction after the hoops he had to jump through. Lasers, which finally dropped on March 8th, was delayed over two years by Atlantic Records. Lupe was sent back to the drawing board time and again, the execs claiming his material wouldn’t sell. It’s a move well-known to countless artists; Nas and Big Boi are only two of the notable hip-hop voices whose labels have sat on albums and refused to release them.

The frustration of both Lupe and his fans got to the point that, this past October, a protest in front of Atlantic’s office was threatened in Manhattan. A week before “Fiasco Friday” was supposed to go down, the label finally relented, and announced a March release date. 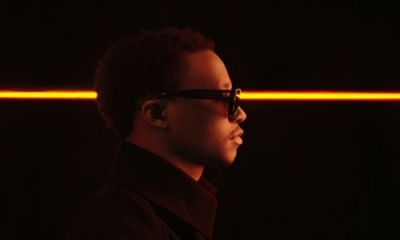 Now, critics are evidently scratching their heads at “Words I Never Said.” Released a month before Lasers hit the shelves, mainstream journalists seem uncomfortable with the song’s rather strident criticism of Obama:

“Limbaugh is a racist
Glenn Beck is a racist
Gaza Strip was getting burned,
Obama didn’t say shit!
That’s why I ain’t vote for him,
Next one neither”

These lines are just the beginning. The rest of “Words I Never Said” holds some of the most effective truth-to-power rhymes released this year, seamlessly weaving condemnations of the war on terror and Israel’s war crimes with the war of austerity here at home:

“And a bunch of other cover ups
Your child’s future was the first to go with budget cuts
If you think that hurts then, wait here comes the uppercut
The school was garbage in the first place, that’s on the up and up
Keep you at the bottom but tease you with the upper-crust
You get it then they move it so you never keeping up enough”

Those expressing shock at a rapper dissing Obama clearly haven’t been paying attention outside the realms of radio and MTV in recent months. Suits and scribes alike are completely baffled by the very existence of an artist like Lupe Fiasco--an observant Muslim, teetotaller and son of a former Black Panther. But ever since his skateboarding sleeper hit “Kick, Push” five years ago, the same establishment has been trying to cash in on him.

Even after Atlantic backed down, they still did everything they could to shape the content of Lasers. The end result is that the album suffers from severe schizophrenia. Lupe himself calls certain songs “commercial art that appeases the corporate side.”

That side noticeably occupies almost half of Lasers. Many of these tracks are so cloyingly radio-friendly that they don’t even sound like Lupe. Lead single “The Show Goes On,” rushed to the airwaves in the wake of Fiasco Friday, is a perfect example. Relying on an auto-tuned rework of Modest Mouse’s “Float On,” it sounds, well, compromised, even during the song’s notable glimpses of lyrical sharpness.

More grating still is how opening track “Letting Go” stumbles immediately out of the gate. Between its sappy, over-produced piano beat and shoe-gazer lyrics, the final product has us wondering whether the fiercely defiant Lupe is somehow channeling Milhouse Van Houten on the mic. By the industry’s own standard, this is a song begging to be skipped by all but the least discerning listener.

And yet, one can also clearly hear tracks that throw off the chains in style. “Words I Never Said” is one of two tracks that Lupe claims to be inspired to write after folks threatened to protest. The other, “All Black Everything,” blends the kind of sincere, heart-on-sleeve creativity that is stock Lupe by now, spinning the history of American racism into an admittedly heart-tugging “what-if”:

“And we ain’t get exploited
White man ain’t feared it so he did not destroy it
We ain’t work for free, see they had to employ it
Built it up together so we equally appointed
First 400 years, see we actually enjoyed it
Constitution written by W.E.B. DuBois
Weren’t no Reconstruction, Civil War got avoided
Little Black Sambo grows up to be a lawyer”

Hardly surprising that the label didn’t want this on the radio. After all the attempts at watering down the album's content, they still ended up slapping a Parental Advisory sticker on it.

It’s a satisfying irony that in the months since Atlantic was forced to release Lasers under threat of public demonstration, protest itself seems to have taken on a new life. Areas as disparate as Madison and Cairo have been shaken the way many have been predicting since the onset of the Great Recession. In this new world, Lasers’ best moments--the denunciations of budget cuts and the war on terror, calling out Obama--actually resonate more than they would otherwise (surely to the chagrin of Atlantic Records).

In that respect, Lasers may be more an album for our times than either artist or label ever intended. Few releases in recent memory have so starkly embodied hip-hop’s pain and promise in the same breath. Fewer still can claim its best moments to be the progeny of protest.

"It was amazing, humbling, and inspiring,” said Lupe. “It made everything real, that your music is actually something that people want. And it's something that is successful, not in selling records, but the way it moves people and inspires them to do better for themselves." It’s a lesson that can be applied to a lot more than just music right now.

Alexander Billet is a music journalist and activist living in Chicago.  He is a columnist for Sociarts.com, and runs the website Rebel Frequencies (http://rebelfrequencies.blogspot.com).  He can be reached at rebelfrequencies@gmail.com.