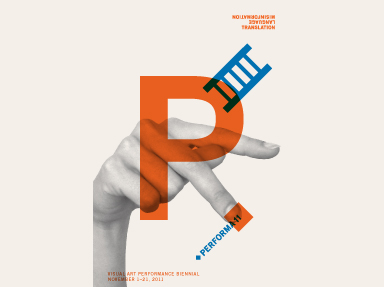 Performa is pleased to announce the first Performa Commissions for Performa 11, the upcoming visual art performance biennial, this November 1–21, 2011, in New York City. Among the acclaimed artists who have received these prestigious awards and who will create new work for the biennial are Shirin Neshat, Elmgreen & Dragset, Ragnar Kjartansson, iona rozeal brown, and Guy Maddin. The centerpiece of Performa’s biennials is its internationally renowned Performa Commissions program. Initiated by Performa Founding Director and Curator RoseLee Goldberg in 2005 to create new performances for the twenty-first century, the Performa Commission invites artists—many of whom have not worked live before—to create exciting and engaging new work specifically for the biennial.

“Performa invites artists to take their work in entirely new directions,” Goldberg explains, “and in each case, the results have been riveting. The Performa Commissions have had a great impact on contemporary art and have also generated enormous interest in performance art around the globe.”

ABOUT PERFORMA
Performa, a non-profit multidisciplinary arts organization established by RoseLee Goldberg in 2004, is dedicated to exploring the critical role of live performance in the history of twentieth century art and to encouraging new directions in performance for the twenty-first century. In 2005, Performa launched New York’s first performance biennial, Performa 05, followed by Performa 07 (2007), and Performa 09 (2009). In 2011, Performa will present its fourth biennial, Performa 11 (November 1–20, 2011). For more information, visit www.performa-arts.org.