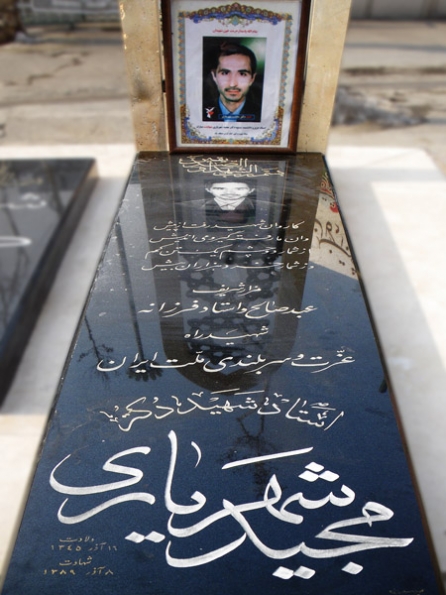 Dr. Majid Shahriari was a colleague of another professor, Massoud A. Mohammadi, who was killed, on 01/12/2010, in the same fashion. Each of the attacks appear to have targeted academics and have been taking place in the same manner.

"A motorbike rider has forged the cars of both these professors, around 7:45 local time, attached a bomb to them, and ran away" reporters in Tehran said.

It's unclear if the blast was carried out by foreign governments who are actively seeking to undermine Iran's nuclear programme. Many in Iran believe that the Western powers have a hand in the attacks. The reported attacks came a day after the top US military officer, Admiral Mike Mullen in an interview to CNN said that the USA was weighing military options in the face of Tehran's announcement it had an atomic power plant up and running.

Admiral Mike Mullen, chairman of the US joint chiefs of staff said that he does not believe that Iran's nuclear plant is for civilian use "for a second."

"In a criminal terrorist act, the agents of the Zionist regime (referring to the Israeli Mossad) attacked two prominent university professors who were on their way to work," Iran's state television's website reported. According to initial investigation in both cases pairs on motorcycles conjugated to the cars of the two scientists in the rush hour of the morning almost simultaneously. The second rider attached a magnetic explosive device to the doors of the cars where the driver was seating. The explosive devices were detonated with some sort of delay few seconds later after the motorcycles drew away off the scene. Before drawing away the second rider on each motorcycle shot few shots toward the head of the scientists leaving them with almost no chance to survive.

The Iranian authorities later admitted that the magnetic explosive devices, also known as sticky bombs and used often in Iraq by pro-Iranian militias, were from Iranian manufacture.

Dr. Fereydoon Abbasi was appointed by President Mahmoud Ahmadinejad, on Sunday 02/13/2011, to the Head of the Iranian Agency for Atomic Energy - IAAE and one of the president's deputies.

Professor Majid Shahriari (ca. 1970 - November 29, 2010), was a quantum physicist who worked with the Iranian Atomic Energy Commission. He specialised in neutron transport, a phenomenon that lies at the heart of nuclear chain reactions in bombs and reactors. According to The Guardian he "had no known links to banned nuclear work". According to Al Jazeera he was a quantum physicist and was not a political figure at all" and he "was not involved in Iran's nuclear programme". Some media reports said he taught at the Supreme National Defense University, which is run by the Iranian Army. Shahriari published dozens of esoteric conference reports and peer-reviewed articles on nuclear research.